Each year the conference stage showers accolades on some deserving marketers and pioneers. For instance, M2W® honors the best speakers, the attendees that turned what they learned at the conference into powerful marketing tools for their brands, and also women who have done something bold and new that made a difference in our world. Read on to learn who we’ve honored so far!

The award is presented to a proven business leader… an innovator and visionary…with a track record of building sales and profitability while energizing and inspiring the people who report to her. This person champions women in the workplace and women consumers in the marketplace. In words and actions she recognizes that women can be a transforming economic force in the world today…that for every successful enterprise women mean business. 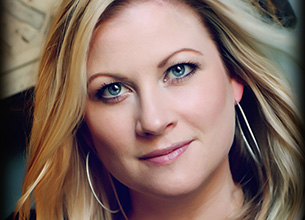 Angie J. Klein, Vice President of Consumer Sales Strategy & Distribution, Verizon is the recipient of the M2W® 2015 This Woman Means Business! Award given to a woman who is a proven leader in her category of expertise…is an innovator and visionary…and has a track record of building successful enterprises while energizing and inspiring the people she touches in all she does. In style and substance she demonstrates in every way that She Is A Woman Who Means Business! and has the results to prove it.

“In style and substance, Angie has demonstrated in every way that she is a woman who means business and has the results to prove it,” said Nan McCann, Producer of M2W® when she announced the 2015 winner to the press in early March.

Nan explained to Angie, “we believe that in your current role of VP, Consumer Sales Strategy & Distribution for Verizon across the US, and your very recent role as Northeast Marketing & Sales, where you led one of the largest VP-run organizations at your company both in terms of employees and revenue; with New York being the fastest growing FIOS market over the past 2 years under your leadership and poised to continue this outstanding growth in 2015; and in giving back by mentoring in your home state at the Nebraska Women’s Leadership Network and by serving on the Lower East Side Girls club in New York City, you perfectly fit the definition of this award.”

Angie joined Verizon in 2001 and was one of the members of the strategic planning team that led to the $23 billion fiber-optic investment known as Verizon FiOS.

Her initial roles in defining a differentiated customer experience for FiOS launched her career on a fast track, and she was in an executive position by age 27!

From Director and Executive Director roles in Customer Experience, Pricing and Offer Strategy, and Go-to-Market Design & Training for more than 10 thousand associates nationwide, to Vice President roles in New Product Development and Marketing Operations, Angie continues to be a leader making FiOS the most advanced TV and Internet services in the United States.

She also serves on the board of directors of the Lower East Side Girls Club Board in New York City, an organization focused on young women with the mission of breaking the poverty cycle by training the next generation of ethical, entrepreneurial and environmental leaders. 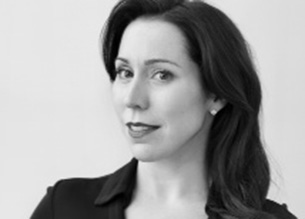 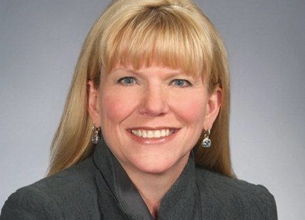 Ms. Malkoski joined World Kitchen from Sears Holding Corporation where she was vice president and general manager of the $4.0B Craftsman business. During her 3 years at Sears, she revitalized the product innovation process leading to the launch of 150+ new products and driving Craftsman to record high shares for portable power tools, hand tools, mowers, tractors and snow throwers.

Prior to Craftsman, Kris was executive vice president, chief marketing officer and chief people officer for private equity backed Ubiquity Brands, where she drove snack food revenue that lead to the successful split of the company with sales to ConAgra and Snyder’s of Hanover. Kris was also founder and president of Pharmaceutical Corporation of America, the first contract product management company for the prescription and over-the-counter health care industry, which she sold to Publicis in 2002.

Kris spent the first 15 years of her career at Procter & Gamble where she restaged or launched major brands including Aleve, ThermaCare, Metamucil and Pert Plus.

Ms. Malkoski currently sits on the Board of Banfi Vintners, the largest U.S. wine importer.